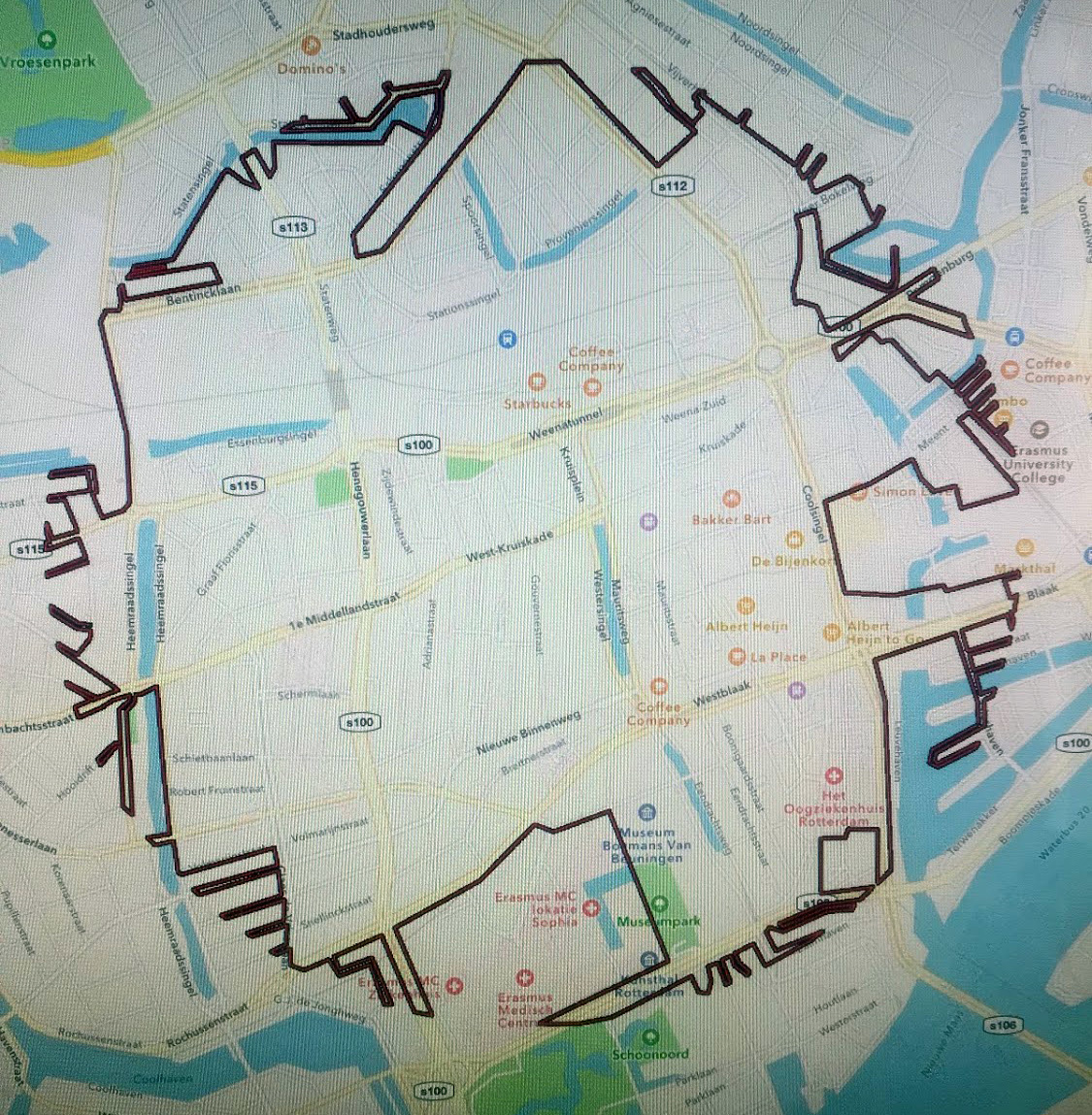 Idea for the winter: Walking in Circles and having a gps-track as a visual result.
It is like walking like a goat attached to a rope to a pole in a complexly shaped garden but then without a goat, pole, rope or garden.You know in movies when one says: “Secure the Perimeter” or “Establish a perimeter of lalala meter”, well I get this image in my mind, the image of an exact perimeter of that size. So that is exactly what I am going to do, I will setup a perimeter of a fixed size starting at a certain point in a certain place by walking around it clockwise by skirting obstacles on my left hand.
I am curious about the shape of the line and what it says about the place I walked the circle. I can assume a circle in Paris will be different from one in New York. Will the place be easily recognizable?

I realized that the reverse perimeter is interesting too, it is the shape restraining order 🙂 I can’t come closet than 300 yard… This is also a sentence we use without seeing the consequences, well let me draw you a picture: P.S.: Idea copied from Jeroen Jongeleen’s Running a circle clockwise except I will not be running, nothing will be visible in situ and mine is bigger.

P.S.: I will probably walk the perimeter of a circle with an initial surface of 1 square kilometer thus with a ø of 1.12837916709551 kilometer. Thereafter I will calculate resulting surface.