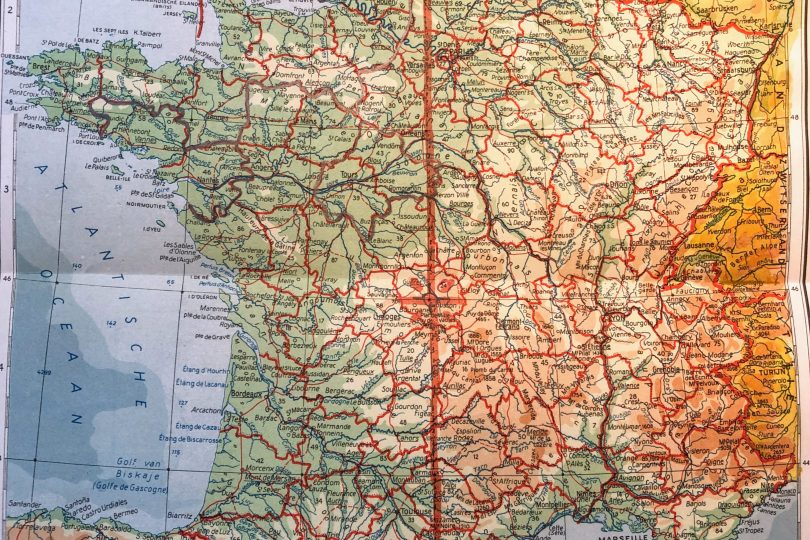 A project I’ve been working on is to walk the 2nd longitude east, the longest north/south meridian in France. Its starting point, near Duinkerke, is also the crossing of the 51 lateral of witch I walked the German part in 2018. And it is only land with very low tide.

So the first thing is to draw a line on a map and stare at it for ages.

The line is ending just west of Barcelona at the entrance of the airport, or I could just do the French part and stop at the top in the Pyrenees or end in Andora. The line is only a few km wide, its widest part being Orlean where I have to cross the Loire. Orlean is the only large city on the line, I will touch the outskirts of Paris but not the banlieues, instead I will pass Versailles… @wildsnoeier 🙂

The length of the line is approximately 1313 km to the Pyrenees, the highest point 2020 m the total uphill 16610 m, all nice numbers if you ask me.

Coincidently my father, whom I haven’t really seen a lot, repeatedly asked me to visit him in the middle of nowhere in France. I told him that I only walk lines, he countered by saying everything can be a line if you want to, I retorted I only do meridians… and euh… it so happens he lives on two of them, 2nd lateral east and the 46th longitude, what the!

So there it is, I will walk to my father on the 2nd Lateral E.